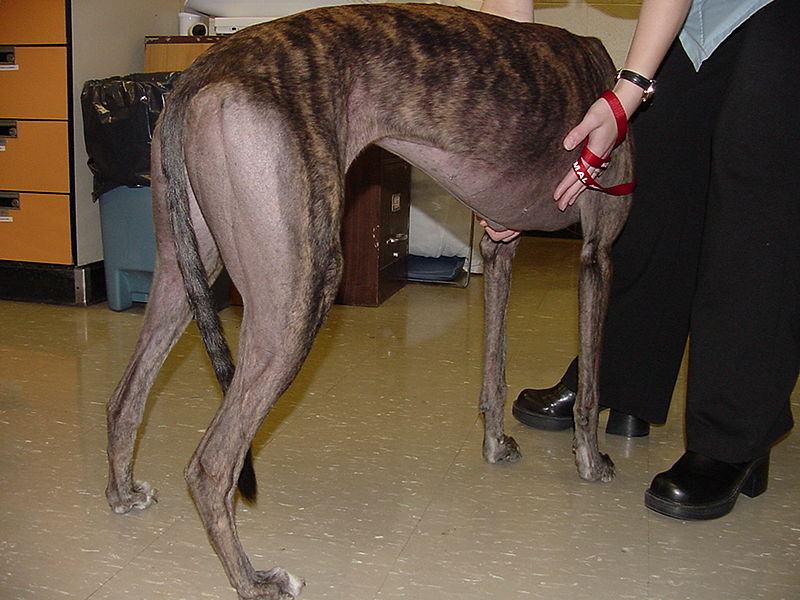 I had gotten Zoie when she was six months old. I had just lost my dog Harmony and was looking for another pit bull to work with kids at the group home I worked at. I came cross Zoie and fell in love on the spot and asked them if I could have her instead. They said she wouldn’t be very good to work with kids that have autism but I said she was going to be the perfect one for the job and walked out with her.

I became a new wife in October of 2015 and shortly moved to Saint Mary’s, Georgia to be with my husband who was stationed, at the time, in Kings Bay. My son, Zoie and the bird all made the trip from Eau Claire Wisconsin to Georgia.

After spending hundreds and hundreds of dollars at the vet’s office trying to find out what was wrong with our two and half year old pit bull my husband and I thought we were going to go broke. We finally found a vet in Yulee, FL.

She did some test, asked where Zoie was from since we were military, and we told her Wisconsin. She then went into explaining that Zoie had allergies. I was shocked since we have grass in Wisconsin and she had never had a problem like she was having here in Georgia. She explained that the heat and humidity and grass seasons were different and that she could have an allergy shot and some allergy medications for when she was seeming to have a bad day and that all would be better.

We did that and everything seemed to be going great. We then found out that we were getting relocated to Camp Lejeune in NC. We got here in April. Zoie seemed to still be doing well.

One day she came in and she had little red bumps all over her. My husband thought that she might have been laying in ants outside but after checking and rechecking and coming up with nothing. We still thought that maybe it was ants’ so we started putting a pet friendly ant killer down and hoping that it would help but she just kept getting worse. We then thought that maybe our 4-month old boxer was chewing on her and it was getting infected. She started to stink, so we finally saved up enough money to take her to the vet and prayed that it wouldn’t cost more than we had saved.

I was scared that they were going to take her away for abuse cause she looked so bad and had almost no hair left from her face, chest and rear area. I felt awful that it took so long to get the money and that she was looking as bad as she did and not having a clue what to do with her to help her.

The vet came in and said she could smell her before she even got in the door and that by taking one look at her that she said that Zoie had allergies. I told her that the vet in FL said the same thing but that she hadn’t had a problem since she got that shot.

She said that they could give her a shot again and some medication for the infection but that it wouldn’t help forever and that we were going to have to find a different way to help her. She suggested that we take Zoie to a dermatologist in Wilmington. She said that I should get her tested for what allergies she has and then they were going to make a serum that would help with what she is allergic to. That was going to cost a small fortune. We don’t have that type of money and I assume most people don’t have that type of money or there wouldn’t be so many shelters over run.

I decided that I wasn’t going to let allergies get the best of my dog, I love Zoie as if she was my daughter and I was going to do everything I could to help her with what money I do have. Here are the five things I do to help my dog.

If your dog should get hives all over their body you should try to find what the allergy might be and call your local vet for your dog might need to get a shot. If it is something you know you don’t need to call the vet over give them a tablet of benadryl and then a luke warm bath.

I hope this helps with your dog as much as it does with mine so they can live a happier life, and keep our vet bills down.