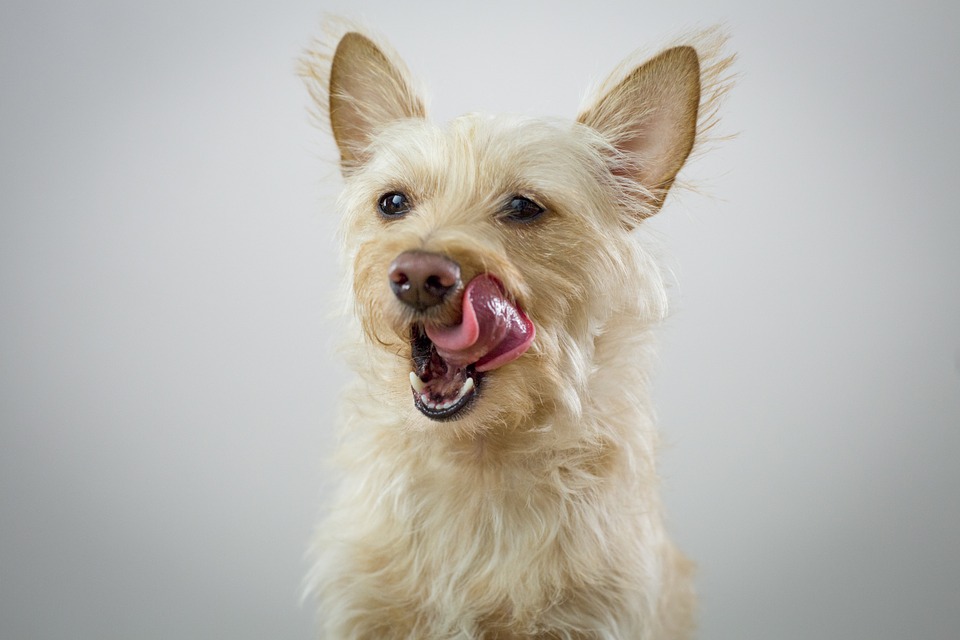 With the winter weather, some dog owners notice their dogs eating poop-sicles for the first time, but the problem has been around since dogs became pets. Who cared what they ate before then?

Is this simply a disgusting habit, a dietary deficiency, or a medical problem? Sometimes causes can be found, but once they are eliminated as possibilities, the owner simply wants the “cure.”

Some dogs are not choosy; they’ll eat the stool from rabbits, deer and horses; some will raid kitty litter boxes.

In reality, most dogs don’t have a dietary deficiency, although some medical problems can contribute to the problem. Get the dog checked for pancreatic insufficiency or malnutrition from a serious parasitic infestation. A genuine cause could be starvation, like that seen in puppy-mill situations and dog abandonment cases.

Kenneled dogs, which are highly stressed and anxious, may develop the problem, but they are trapped with their own feces and might see it as a way of “cleaning up” after themselves. Some owners think that their dogs, which have “accidents” in the house, are trying to “get rid of the evidence,” but that is really crediting a dog with too much thinking power to be credible.

Is it hereditary? Wolves and coyotes will eat feces – for the B vitamins – when food is in short supply. It is “common among puppies and young dogs between four and nine months of age.” Further, most dogs will explore other dogs’ droppings, but some seem attracted to the texture and smell (taste). Some prefer frozen stool and rarely eat “soft or poorly formed stools.”

Some researchers think it might be “learned behavior” from watching other dogs. Many dogs will eat almost any non-food item (called “pica”) – like clothing, stones, coins, etc., just as a small child might – which can cause intestinal blockage and require surgery.

Most people are disgusted by dogs that eat stool, to the point of giving them up for adoption rather than living with them or trying to work through the problem. A foul-smelling, foul-mouthed dog that licks a baby’s face can cause alarm, and rightly so.

As carnivores, dogs that eat stool from herbivores (like rabbits and deer) don’t get diseases from them. But, by eating the feces of other dogs and cats, dogs are susceptible to parasites like giardia, coccidia, roundworms and whipworms.

Prevention is always better than working with consequences. Obvious solutions are (1) to clean up the yard and/or kennel quickly after the dog goes to the bathroom. Put kitty litter boxes out of the dog’s reach.

(2) There are products to add to a dog’s food to make his own stool (or the cat’s) taste bad. There is a product called “For-bid” for cats and dogs; there is also a product from Drs. Foster and Smith called “Dis-Taste” for dogs. Some people try adding Tabasco sauce to the feces, not the food. “Unfortunately, some dogs have acquired quite a taste for Tabasco.”

Meat tenderizers with MSG and commercially made protein derivatives have been tried – and failed. “Canned pumpkin pie filling or licorice extract added to the food daily for several weeks has been known to reduce the behavior in some dogs.” (Dr. Donovan)

(3) Walk the dog on a leash to maintain control over what he eats. You can also use a “wire muzzle,” which still allows the dog to sniff and pant normally.

Unattended dogs, stressed and anxious dogs, and bored dogs are more likely to get into trouble. Some dogs get into the “habit” of coprophagia, which becomes more difficult to treat.

Avoid the beginning of a problem by exercising the dog regularly; offer toys and other diversions; eliminate or reduce stress. Time-fillers like doggy day care might be good for some dogs; or supervised “play-dates” with other dogs; or frequent visits to the doggy park, with a muzzle, if necessary, to prevent stool-eating.

Some dogs develop a form of OCD (obsessive-compulsive disorder) and need anti-anxiety medication.

For some, adding “Prozyme” to the food helps, if the problem is related to a diet that’s too high in carbs.

For some, by feeding the same amount of food, but in smaller, more frequent portions, the dogs improve.

An interesting study might offer another solution. Twenty-eight lab retrievers were divided into groups and two treatments were tested. Based on negative reinforcement, one group of dogs wore remote-controlled, citronella-spray collars, and the others received a blast from a remote horn. Both groups were subject to startling, distracting therapies over the next month, whenever they started to consume stool.

The sound therapy was less effective. Even before the end of the trials, the dogs reverted to coprophagia, whereas the spray-collared dogs improved during the 3 weeks of therapy plus the following, follow-up week.

The theory is that multiple senses (hearing, touch, and smell) were involved with the collars, whereas only the sound was involved with the horn. Such collars can be bought at pet centers, but some are citronella collars that are only triggered by barking behavior (anti-bark collars), which won’t work for coprophagia unless the dog barks before he eats. (Dr. Donovan)

Above all, don’t punish the dog, which may only reinforce the behavior. General obedience work might be helpful; if the dog “looks to you for cues, he may be less anxious and less likely to start or continue the behavior.”

This all requires time, direct observation, participation, and determination on the owner’s part. Persistent, caring owners might be able to find multiple solutions to avoid or eliminate unacceptable behaviors.

If it means the dog’s good home, it is certainly worth a try.