Easy tricks to train your dog 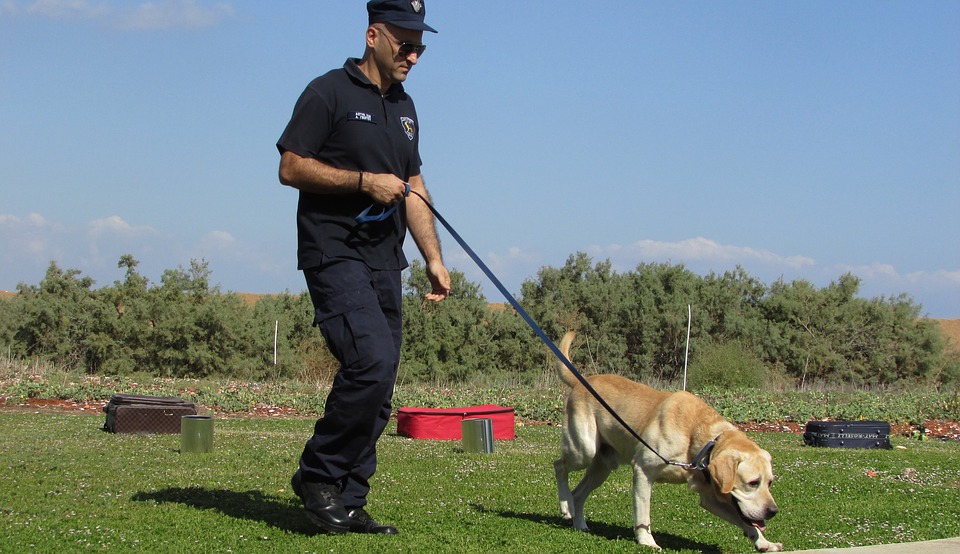 Everyone subconsciously knows how to train a dog. Those of us that ever had a dog did it and most of us don’t even realize it. And that is because we aren’t aware that puppies immediately, and older dogs almost immediately, recognize us as the alpha dog of the pack. Once that simple fact is realized by us consciously, then training our dog and any dog is rather simple and the only difficulty after that is the discipline of being consistent with what we are teaching it.

In the wild the alpha of the pack maintains order by utilizing confinement techniques, timing, and expressions of approval and disproval. Successful dog trainers take their lessons from them. Confinement techniques used by wild dogs are usually noticed by the way they bump or nudge the other dogs and run around and block each other into areas as they play. This was noticed by humans ages ago and gave them the idea to train some dogs as herd animals. The nudging, bumping, and blocking served two purposes: to keep them close by for protection and to get their attention to recognize who is boss. We can simulate this by using the leash. Sadly the leash has been abused by quite a few people. They use it as a punishing/restraining tool rather than an instructive one. If we use the leash properly, in combination with high-pitched praise words, it will yield very positive results and train the dog so well that eventually it won’t even need a leash. But many places legally require a dog to be on a leash; this is an unfortunate side-affect caused by neglectful dog owners.

But the most basic training, and often viewed as the most difficult, is when we try to teach the dog or puppy that the bathroom is outside. In puppy mentality it’s “I go if I need to go.” They have the same basic attitude toward all things, eating, sleeping, and playing. That is their world. They must be taught to understand that we humans require things to be done in a certain way. But the puppy doesn’t see us as human but they see us as other dogs (in spirit). So our requirements must be translated to them in ways that they can perceive in their world and language.

In the wild canines never go to the bathroom where they sleep, but everywhere else is just fine to them. So a another much earlier confinement mentality must be utilized. So at the beginning, the puppy or dog must be confined in an area just big enough for them to turn around lay down or they will sleep at one end and poop in the other. So we must take them out while on a leash for a few minutes at a time every couple of hours and very soon they will go to the bathroom outside and only outside. If a person is not attentive to this activity, then the animal will be suffering from neglect and living in its own wastes, and the owner should reconsider raising animals at all.

Dogs have a language, yes they do. They speak in facial expressions, movements of their ears, and tail, and in the way they stand or walk or sound. When dogs play they signal each other if play is getting too rough for them. If you can pick up on these signals you can communicate very effectively with your dog. For example: if your dog knows he did something wrong but he isn’t sure that you know it yet; he might look up at you and lick his nose and wait to see if you do anything. Also, if a dog wants to be friendly he tilts his head sideways or glances away for a second. Most people believe that means the dog is curious or confused but that is the human’s body language, not the dog’s.

In order to begin training your dog, you must have your dog’s attention; and in order to get your dog’s attention, your dog must perceive you as the “pack leader”. Remember you are the pack leader in your dog’s world. Teach him basic obedience commands by using them everyday. Consistency is success. You and your family are his pack and he believes that he is one of you, don’t ruin that for him. Don’t be a pushover, maintain your dog’s respect, and he’ll love you with his very life. Never punish your dog by hitting him, he’ll fear you and wait for an opportunity to escape your cruelty or just turn mean. Praise your dog while maintaining eye contact; this will reinforce his loyalty. Yes, all dogs are different and some require more patience to train than others; but if you do these things with love and attentiveness nearly any dog you will have will become the obedient loyal companion that is forever within the nature of this noble creature.