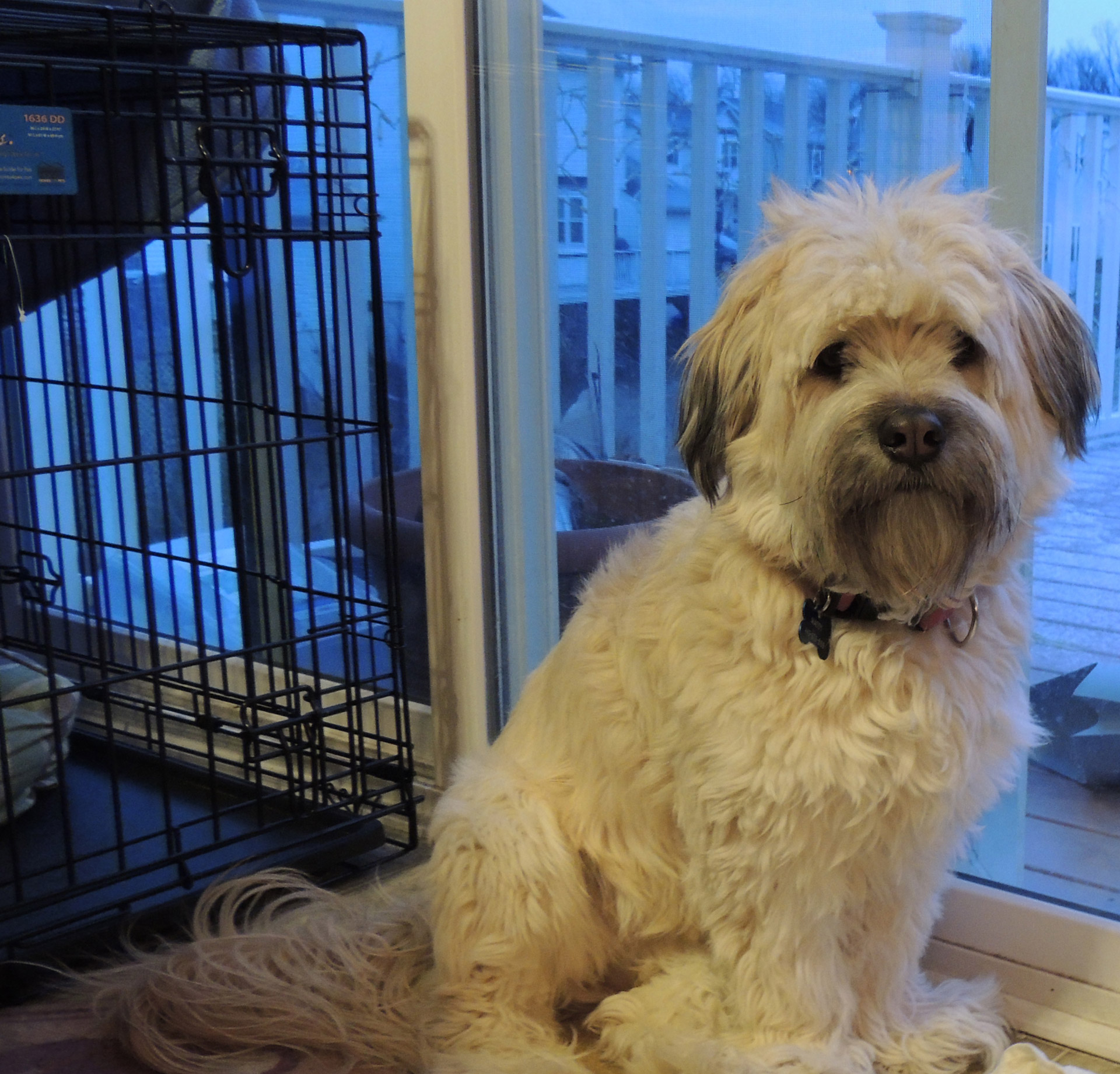 So you just got a new puppy. Now what? Here are some dog crate training tips and dog crate training supplies to help you through. Your dog’s first introduction should be his crate. The crate becomes your dogs security, whether at home or away. Any house dog should learn to be confined, but this in no way should be used as a form of neglect, abuse, or punishment. Done with compassion, crate training can be fun, easy, and you will be on your way to having a well mannered house dog. We all must work, and leave our home from time to time. Because young dogs are much like children you should never leave them loose in your home unattended until you know they can be fully trusted, and that takes some time and maturity. Dogs need confinement. By locking them in rooms only encourages bad behavior, and damage to your home.

Having had dogs my entire life and being a seasoned breeder I strongly recommend crate training to all my new puppy owners. It has shown to be a very effective house training tool. The puppy crate should be large enough for him to lay down and stand comfortably, but if it is too large he may soil one end of it. Dogs naturally do not like to lay in their soil and therefore if the crate is small enough he is going to try to let you know he needs to get out of his area to do his thing. Some cages are designed with a divider that you can move to expand his area as he grows. This way you are not having to purchase new crates as he grows. A large crate can be purchased with a divider to block part of it off. This way the dog grows up with his crate and he can use the same one throughout the span of his life. It is very important to have the proper size for effective training.

What about plastic crates verses wire cages? The closed in crates provide security. They can be unassembled for easy storage, but I prefer the open wire cages because I want my puppy to be a part of our family’s surroundings. If I need to cover the cage I can simply use a towel or blanket. The cage also allows for the placement of a “growing” divider as the pup grows.

Place his crate in the area you and your family are at much of the time. Shutting him off in the basement or bathroom is ineffective training at its best.

Be alert to your puppy’s signals. He will want to communicate with you. The method of training here is the reward system. Leave puppy in his crate and only take him out after he has stopped whining. You do not want to encourage whining for attention.

Simply take puppy outside without a big ado, telling him “outside” or “potty”, and be consistent. Dogs thrive on routine. If he soils give him lots of praise and play with him for several minutes afterwards. Do not swipe him up and go indoors right away. Should he not soil simply stay outdoors with him for several minutes but do not give him more attention than you have to. Put him away and go about your business.

Normally your puppy will need to relieve himself after sleeping, about 10 minutes after eating and/or drinking, and after playing. So playing between intervals is off limits until he has learned the basics. Limit his playtime to outside after he has done the good deed. This is a good time to walk him. Tell your children not to play with puppy between his potty intervals. This phase will not last long and soon enough they will have lots of playtime with puppy.

Offer your puppy toys and chews to have inside his crate. You don’t want him to be bored between his intervals. Give him lots of praise when you return him to his crate, but do not encourage any fussiness once you walk away. He should be going outside every one or two hours while he is young.

I recommend free feeding but until your puppy is more mature and has more bodily control I would not recommend keeping food in his crate. You are teaching him routine and good habits that will set his behavior for the rest of his life. If you are house breaking your puppy you certainly do not want him eating constantly. Feed him 3 to 4 times per day and after 10 minutes he should need to go outside.

Crate training is very effective and is fast learning. Remember that your dog will lack bodily control until he is about 12 months old or more. Do not ever punish your puppy for his mistakes. Clean them up and simply ignore him, but never clean up the mess in his presence. I often take the mess and place it outside where I want him to go.

Praise your dog immensely for good behavior. Your dog doesn’t need a life sentence inside a crate but with proper care he will quickly and efficiently learn good behavior and in the future he will want to use his crate as his own personal space. There is no such thing as an untrainable dog. Its up to you, his owner, to see to it that he gets the proper training that will make him the best dog he can be.