Getting Your Dog’s Teeth Cleaned? Beware of Infection 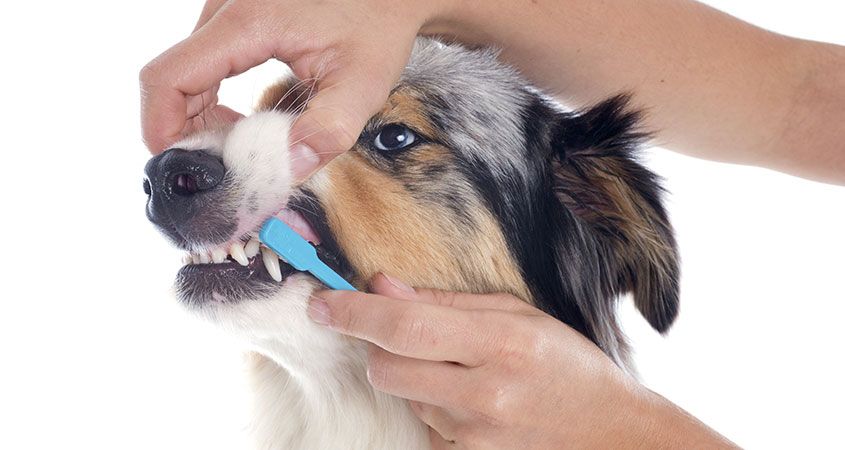 My parents have a large dog, and recently arranged to have his teeth cleaned. This was appropriate because the dog is five years old.

So, after blood work and other routine checks, the dog was deemed ready for a cleaning, and the appointment was made. Everything went without a hitch, but my parents were told that the dog’s gums would be sore for a few days.

The plan was not to play fetch with the dog for this very reason. So when I visited, I noted that the dog was very eager to go outside and romp around, but there would be no fetching, to let his gums heal. He had to have a front tooth removed because it had been chipped for who knew how long.

The dog seemed perfectly normal. He even picked up his squeaky little footballs and chewed on them repeatedly. I kicked them around the floor and he went after them and brought them back to me.

Next day, he wasn’t interested in that. My parents were out for the evening and I noticed that the dog was lethargic and preferred to stay in his crate, even though I was in the kitchen making the sounds of getting food. Not only was the dog in his crate, he was curled up in the back of it-highly unusual, especially when I had food out.

His eyes looked foggy and drowsy. I’d kick a football and he’d kind of lumber after it, but didn’t pick it up. This was very abnormal behavior. When my parents came home, they greeted him as usual, and I said nothing. I wanted to see if they’d ask me anything, like, “Does the dog seem strange to you at all?”

But instead, my father commented that the dog was just about back to normal. That’s when I said, “Oh no he’s not! He’s moping around, he won’t go after the footballs, he’s lethargic, he stays in his crate, and look at his eyes!”

My father insisted that he wouldn’t go after the footballs because his gums were sore. I said, “But he went after the balls yesterday! And besides, his whole body is lethargic. And look at his eyes!”

My mother then mentioned that he had vomited the day before, and took out a sheet of paper that the vet had given her. On it was a list of symptoms that if the dog experienced, to contact the vets immediately. One of the symptoms was vomiting. “Why didn’t you call the vet?” I asked.

My father still believed it was nothing more than sore gums, while my mother stared into the dog’s dreary eyes. She said she’d wait until the next day, since they were taking him in anyways to stay for several days while they were out of town.

Next morning, my brother visited and noticed right away something was very wrong. He insisted they take the dog in right then and there.

Diagnosis: An infection behind the eye that was causing the dog to have a fever. He also wouldn’t eat or drink. The doctor had to put him under anesthesia and drain the infection, then give him antibiotics. After the draining and anesthesia wore off, the dog had his appetite back.

The doctor said it’s rare for such an infection to be caused by a dental procedure. But we know better. The dog had never been sick in five years, and now he gets an infection and fever-two days after a dental procedure! Maybe an instrument wasn’t sterilized properly, or someone had germs on their wrist or who knows what. Somehow, bacteria or germs from the procedure got into his mouth and up into the region behind his head. The vet was unable to pinpoint the cause and said it could have been something “in the air,” or something he chewed on while outdoors.

Lesson to be learned: When your normally peppy dog is moping around in a fog, don’t wait; take him immediately to the vets. Don’t be in denial.