Getting a Second Dog: How to Avoid Problems with the Elder Dog? 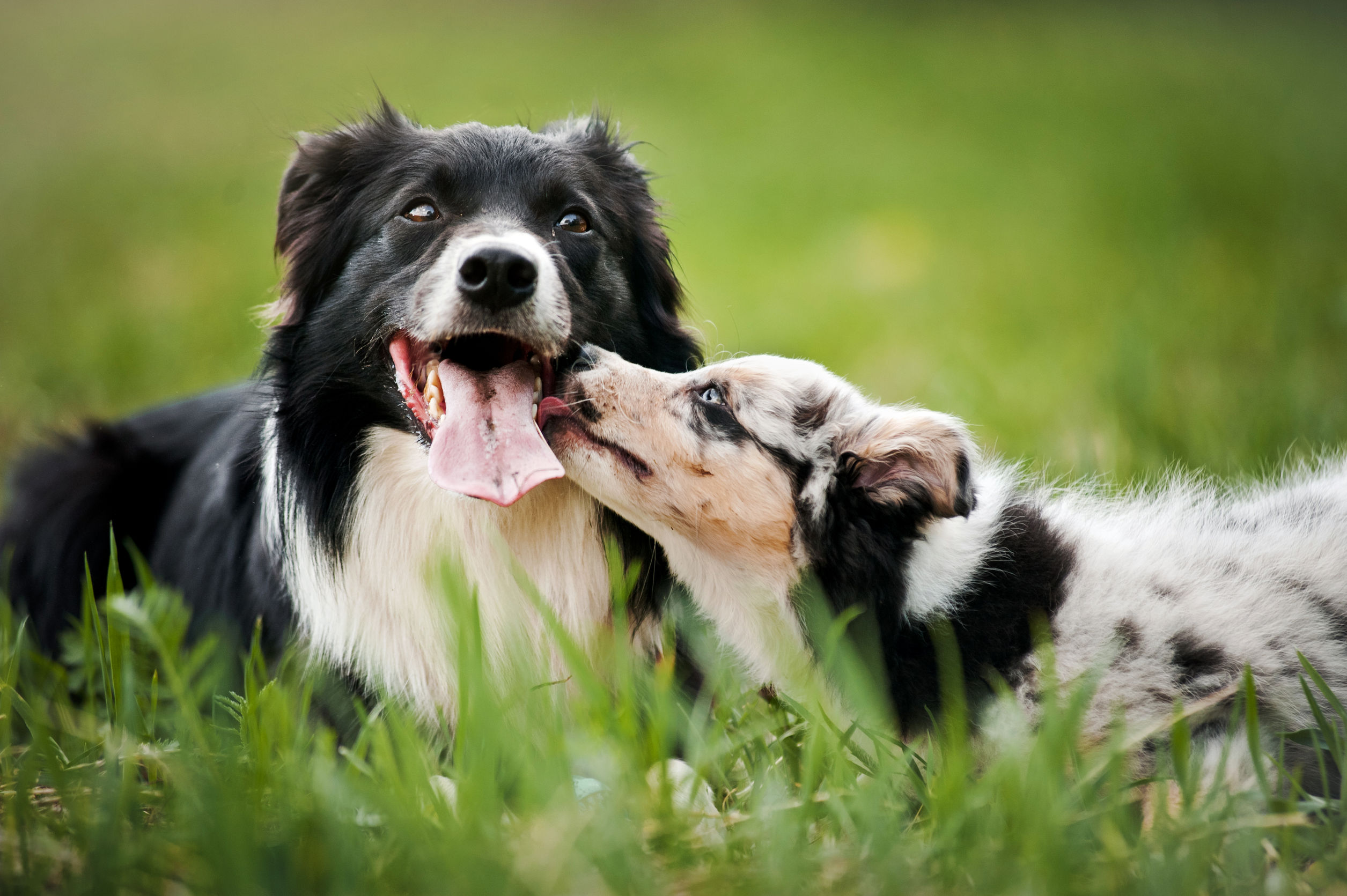 Dogs may get very jealous about their space, and let’s say, their humans. Male dogs are prone to be more aggressive or stressful when a new member comes home, but female also can give a lot of work, especially if the second dog is a female.

Taking the necessary precautions when getting a second dog will prevent the elder dog from getting aggressive, nervous or stressed. In the article, “Dog Depression: The Disease and Symptoms“, I already pointed the insertion of a new member in the family (a second dog, for example) as one of the main reasons for Dog Depression, and if things get to this point, the situation will be much harder to solve.

So… when getting a second dog, there are some simple actions a person must take to avoid the jealous feelings that the elder dog will have.

Dogs are pack animals, and they respond well to hierarchy; in fact, they feel happier and safer when they know how things work. Mixed up relations make the dog confused. So… there is one thing you really have to remember and act accordingly: You are the pack leader and the dog will recognize it if you have established it since his puppy days.

Now that you know that you are the pack leader, you need to understand that the next ones in hierarchy gained their positions by their time in the pack. Following that logic, you must understand that you and the other humans in the house are the top in the chain. The elder dog in the second, and the second dog is the last.

I know it may sound a little cruel to the dogs, but you must remember that evolution trained dogs to hierarchy, and they feel comfortable with it; in that case, so should you. The dog won’t care if he is the last one in the hierarchy if his pack rights are granted as anyone else’s.

Everything I write from now on are sub-topics of “recognize hierarchy”, because that’s the prime point of discomfort to the elder dog when the second arrives.

Dogs understand that the top ones in the hierarchy are always the first to eat. In that case, you should never feed the dogs before you ate. So… after you ate, you must feed the elder dog, let him eat, and only then feed the younger dog.

If you have the habit of petting the dog after getting home, you must follow an order. First, pet the elder dog and then you can pet the younger one. After that, you can pet them however you want. The best, actually, is petting both at the same time.

Share the attention equally between the elder and the second dog. The elder one will interpret more attention to the new dog as an act of neglecting him . It will make the elder dog feel less important to you, and that may get him depressed. You are the top point of that dog’s life, and if the elder dog thinks that his owner doesn’t care about him anymore, he will feel that he lost the most important thing of his life.

So… is better to understand: Dogs are certainly the most loyal companions a human can have, but with that loyalty comes territoriality and jealousy. If you love your dog, you have to understand these feeling and respect them.

What I’m about to teach is a very important trick. That trick may half the work you will have to adapt the elder dog to the new dog.

The trick is conditioning both dogs to understand that things get better when they are together and getting along. How to do it?

Every once in a while, you must give each dog a dog snack when the two of them come to meet you. If they play together, you can give them a dog snack too. They will understand that every time they are together getting along, they may get a treat. In that case, the presence of each other will be associated to a good thing.

If you follow that trick, you must remember never to give one of the dogs a dog snack and not giving to the other, if they are both in the house at the moment. Disrespecting that rule, you may ruin the conditioning and create a situation where one of the dogs may think the other is the favorite.

Well… if you follow those tips, always respecting the hierarchy, getting a second dog will be as smooth as it can be. Feel free to leave any question in a “comment”, if you have any doubt.