Gordon Setters: The Right Dog for You? 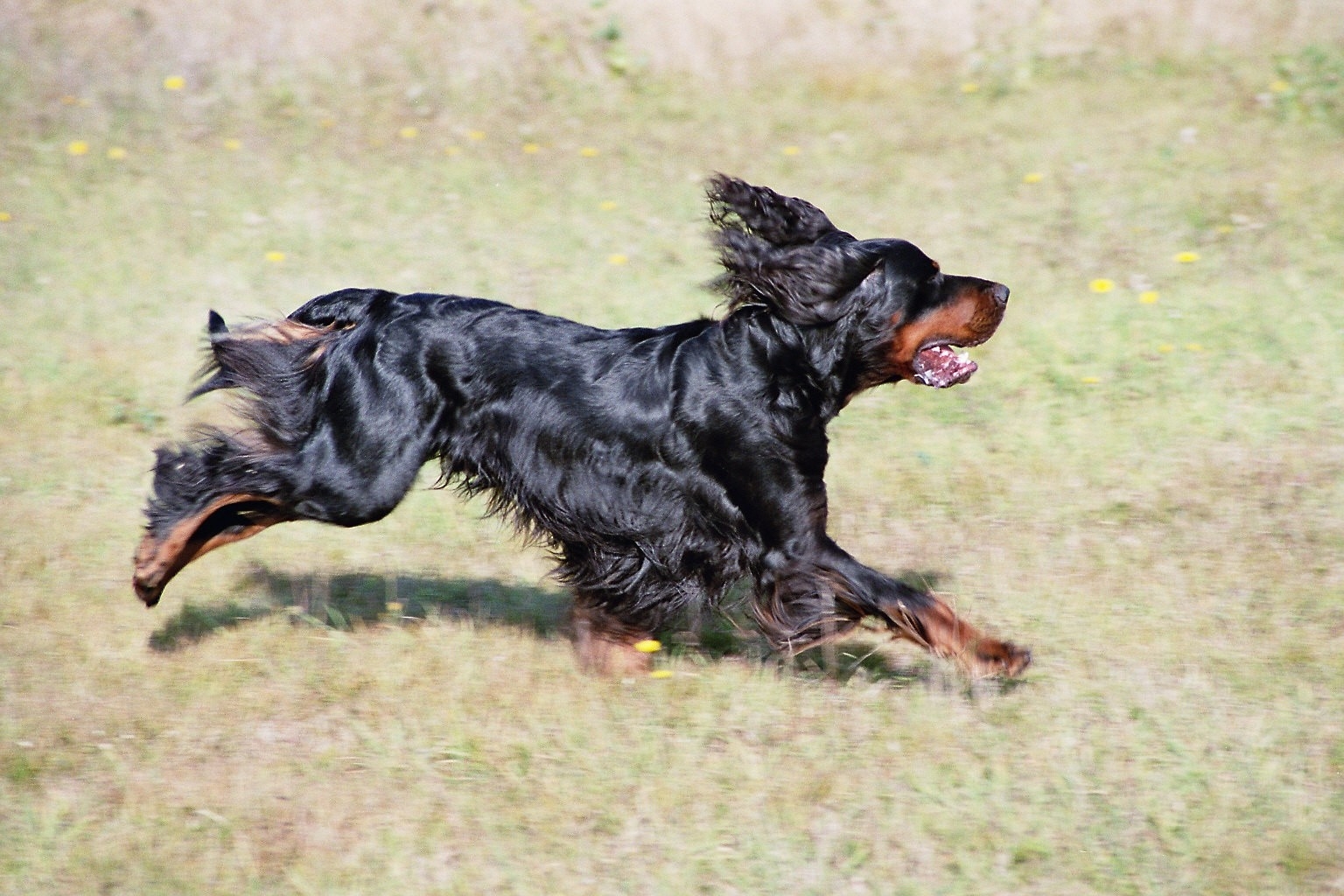 A Gordon Setter is a large breed of dog that is part of the setter family, which also includes the better know Irish and English Setters. The Gordon is known for several differences from the other members of its family. These include the color of his coat, his build and shear size. Other information that is of note is their personality. When awake, they are always busy.

Their ever waging tail, curious nature and fearless attitude make them a constant entertainment. When I say fearless I don’t mean to say that they don’t get scared. Rather they go into situations without fear. My Gordon once jumped down from a fifteen foot cliff so that he could be next to me. This displayed both rash behavior and intelligence. Had he miss-judged where to put his feet and on the side of the cliff he could have seriously injured himself. That same dog is terrified of RC cars.

When not jumping off cliffs Gordons are perfectly happy indoors required that they get enough exercise to keep them healthy. They are excellent children dogs and thoroughly enjoy playing games. I have five nieces and nephews and all of them love my Gordon. Since they are of varying ages there are different ways that each interacts with him. The oldest boys play hard with him and he knows that he can play hard with them but that he needs to be careful with the younger ones. He can go from wrestling with an eight year old to gently licking a three year old instantly. This gentle temperament along with their size, which makes it harder to injure, go a long way to explaining why they are such good family dogs.

Sometimes the dog is the one who invents the games and if the game is not something that you approve of then you need to work quickly to make sure that the Gordon does develop the habit. Examples of games a Gordon might invent are stealing an object that they know they are not supposed to have and Making sure that you know that they have it. Some objects that are likely to become common targets are shoes hats and clothes. If you don’t mind a little dog drool and an occasional piece of clothing being ruined this can be a lot of fun. They also tend to notice things if you move things around your home or yard frequently be prepared for barking as they notice the new object suddenly there. While on the subject of barking I should mention that Gordons are great talkers. They can develop a complicated system of barks to tell you want they want. This is usually accompanied by body language, which will help explain the barks.

The last attribute of a Gordon’s personality that I will go into detail about is their intense loyalty. While they can be a proud animal they will devote themselves entirely to one or two people. The kind of dog that will lay by your feet as you sit down, by your side as you sleep or right next to you should you be injured.

I have talked extensively about personality and for good reason but now it is time that I move onto the other aspects of the dog: his coat, health, and, of course, size.

The coat is the possibly the second thing that a person notices when they see a Gordon Setter. The long silky black hair with a rich brown on the mouth and feet makes for a truly beautiful dog. The coat tends to be long and wavy with “feathers” at the ends. His head is large but finely chiseled with long ears.
Now for the first thing that people will generally notice about a Gordon Setter is simply his size. According the AKC the Gordon setter runs in the neighborhood of 45-80 pounds, with a shoulder height of approximately 27 inches. I have found both these estimates to be far off. While there certainly are Gordons in the weight and height range all of the ones that I have seen personally have been far larger. My Gordon stands about 30 inches at the shoulders and weighs approximately 110 pounds when he is in top form. Many of the other Gordons that I have seen were at least 90 pounds and one was about 105.
As far as health concerns go there are some things that you need to watch out for. Among them are hip dysplasia, hypothyroidism, bloat and some eye diseases.

The uses of the Gordons are somewhat limited by their personality. For example a dog with a fiercely wagging tail isn’t likely to make a good watchdog. However its uses as a family dog and a gun dog are well worth the size of the Gordon.