Guide to Getting Your Dog Ready for a New Baby 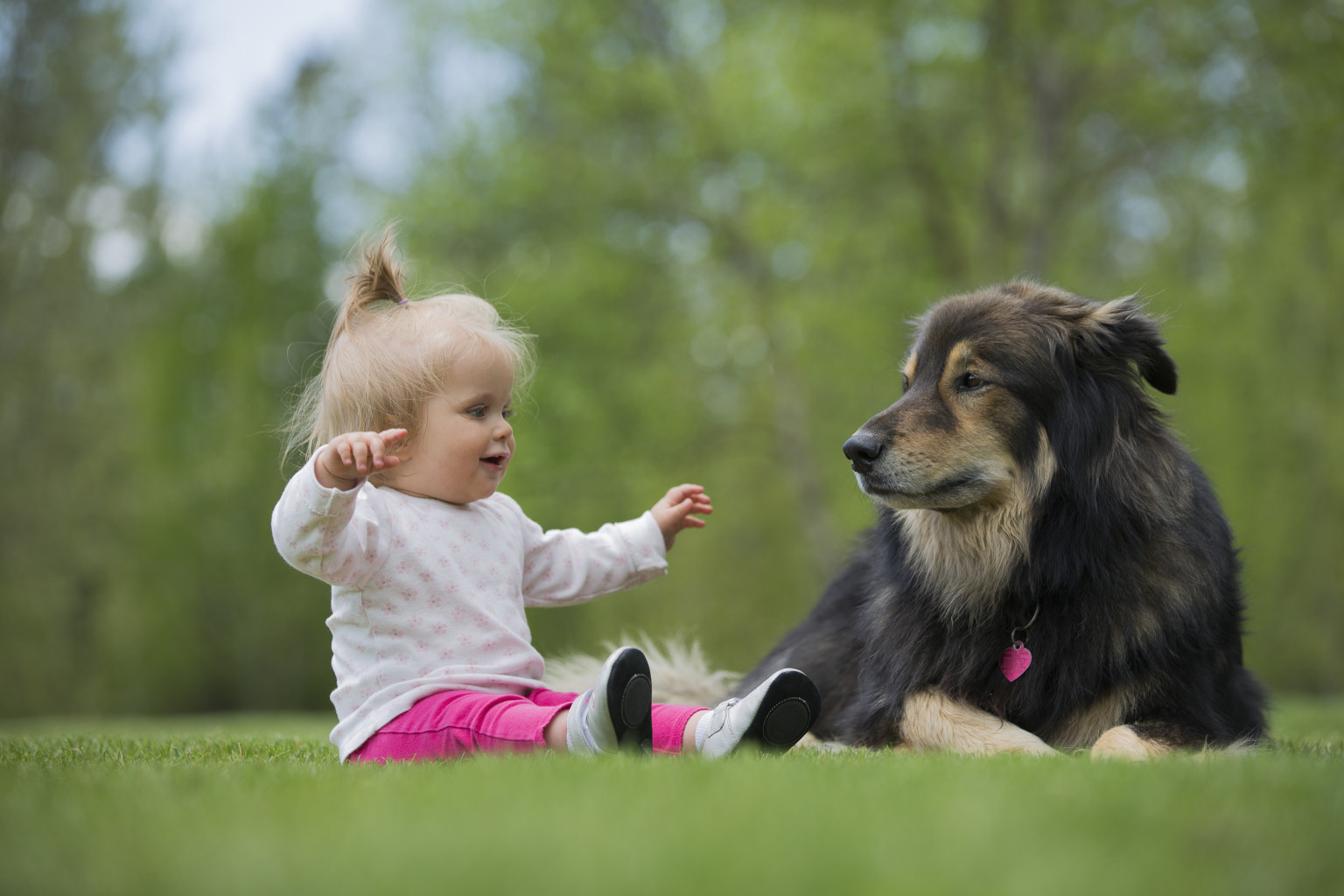 The first thing my husband and I got as a new couple was a 5 month old puppy we named Roxy. We spent hours training, loving and nurturing this wonderful addition to our household. She was the center of attention and our “baby” until she was 2 years old and we decided to have a baby ourselves. Our dog, of course, was the smartest dog ever created but we knew we would have to work with her on introducing this new human baby that would pretty much be taking over her rank in the household. We read books, talked to trainers and used our own system of trial and error to help Roxy learn what to expect in nine months.

The first thing we did was to reaffirm all the basic commands she was taught when we first brought her home. We went over sit, stay, come and lay down every evening until she could anticipate the command by the purse of our lips. We also practiced one of the most important commands that we let slack when we walked with her: heel. Now that a baby would be accompanying us on our walks it was important that Roxy not be allowed to drag us all over the neighborhood. So, every night we attached her leash to an empty stroller and pushed it around the block practicing the proper way to walk when with the family.

The smartest training we did involved a baby doll and a blanket. At the suggestion of a trainer we went out and bought a cheap baby doll from a toy store. We brought the doll home and wrapped it in a blanket we had received as a gift for the baby. For months before the baby was born we walked around with the doll as if it was the baby. If I was holding the doll while sitting on the couch, Roxy was not allowed to sit on the couch. If I was cradling the doll in bed, Roxy was not allowed in the bed. Everything we did or did not want her doing while we were holding the “baby” was reinforced over those many months.

We also brought in the sounds and smells of a new baby. We set up the baby’s room in advance so that Roxy could get used to the new furniture. We brought in diapers, baby powder, diaper rash cream and any other scented item a new baby would need. We had Roxy smell all of the new items so that she would know what to expect. We also had a CD made of baby noises. The hospital where I was to deliver was very helpful in letting us record noises in their nursery. We recorded screams, laughs, cries, everything we could so that the noises wouldn’t startle Roxy when they came from our baby.

When it was finally time for the baby to be born we left for the hospital but had set up in advance for Roxy’s favorite “aunt” to watch her while we were gone. My husband left the hospital at night and slept at home with the dog. The first night in the hospital we wrapped our new baby in the blanket we had been using for the doll to get the new baby’s scent on it. My husband then took that blanket home and let Roxy smell it before we brought the baby home. Because she had not seen me in two days, when we arrived home, I went inside without the baby to greet Roxy. We put her on a leash and had my husband walk in with the baby. Roxy was not allowed to jump or nip the baby but we brought the baby to her level and let her sniff and see her. If she tried to do anything we had trained her not to we firmly corrected her.

After the baby arrived there were two very important things we continued to do. We always reaffirmed everything we had taught her from the beginning. She was never allowed on the couch when the baby was. She could not jump on anyone holding the baby. The second thing we did was to make sure to continue activities we had done with Roxy before the baby arrived. We still played fetch and tug of war with her. We also made sure to make time for just the dog everyday. Whether it be 10 minutes of laying on the floor and rubbing her belly or 15 minutes of fetch, she always gets undivided attention. I have found that sticking to these two things has really helped adjust Roxy to her new role in our lives.