Introducing Your Babies to Your Dogs 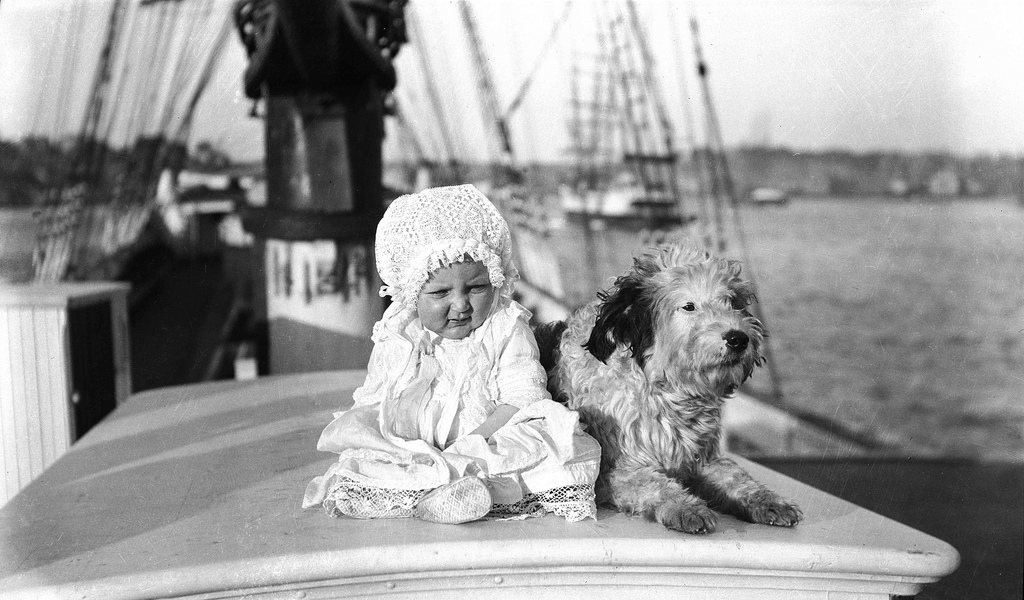 I love my dogs. We have three large dogs who were our only “children” before our twins were born. At ages 6, 4, and 2, they were used to being given lots of attention and love. They also had not been around kids very much so we knew it would be an adjustment period. Everyone told me I would need to get rid of my dogs because big dogs and premature babies don’t work. No matter your circumstances, there is always a way to work it out. We did everything wrong by what is recommended and our dogs adjusted very well.

The ideal situation is to get your dogs around kids and babies on a normal basis so they get used to having someone else around. When I was watching a movie and a baby started crying, my dogs reacted oddly to the new sound. One actually barked at the television so I knew I had my work cut out for me. I began to watch A Baby Story on TLC on a daily basis so the dogs could hear the crying more consistently. This got the dogs used to hearing the baby cries. We also had our seven-year-old nephew come over on occasion to get them used to the rough-housing and playful nature of a child.

Since my babies were born by C-section, there was a five day period when I was away from the house. The dogs were thrown off because I had always been at home with them and was all of a sudden gone. My husband was gone more than usual too because he was at the hospital and even left the dogs alone overnight, which really threw them off. The only thing we did right was have him take home blankets and clothes that the babies had worn so the dogs could get used to their scent. We did have every intention of putting the babies in their cribs and letting the dogs find them, but since they were born earlier than expected, things didn’t play out according to plan.

When we came home from the hospital, our visitors and family were not very receptive to the dogs. Since they weren’t really trained not to jump on people, their over excitement had them jump up and crowd around the visitors, who would in turn yell at the dogs to get away. We gated them off from the entire upstairs because the babies were so small and all three of our dogs shed excessively. Their beds went from our bedroom to their own floor and I didn’t even come downstairs for a week. By the time I went downstairs, the dogs were running away from me because the one other time I had been around, they had been yelled at by everyone to keep away from me. They were growling and fighting constantly amongst themselves and we hadn’t even introduced them to the babies yet.

After three weeks, I was going stir-crazy living upstairs with the babies all the time so ended up bringing one down when I had gotten fed up. All three of the dogs surrounded him immediately, but it was almost like they knew they needed to be gentle. The only problem is they can’t hold their licker so began to give him kisses like they would any other person who comes to visit. Luckily both of our twins are not allergic to the dogs or their saliva, but it would have been bad if they had been. Do remember to limit the exposure of your baby to your family pet until you know they are not allergic.

Another rule to keep in mind is not to leave your baby alone with your dogs at any moment. There could be jealousy festering that you are unaware of and it only takes a second to hurt a baby. With twins, it is hard to carry both downstairs so this is another rule that I have broken. It’s not that I don’t trust my dogs not to hurt my babies, but accidents happen. Our lab has almost jumped on top of our baby on two different occasions when the doorbell rang because he had forgotten our baby was on the couch. I was standing right there when it happened luckily and was able to move my son out of the danger of the 80 pound dog, but had I been in the other room, events may have transpired differently. If you have to leave your baby alone, be sure to put him in an exersaucer, jumperoo, swing or pack n’ play to ensure his safety.

Remember to try and not treat your dogs any differently. Had our dogs been jealous, they may have reacted badly to our babies. A baby is fragile, but the dogs need to get used to sharing the parents’ love. You don’t want them to compete for attention or have jealous tendencies as your babies get older. At five months old, my twins light up when the dogs come around to sniff them or give them a kiss. They do not understand why it is okay to say hello but when my Mom is visiting why they get yelled at for doing it.

The most important thing to do is try to be consistent with how you mesh your kids and dogs. Don’t be afraid to tell visitors how things in your household are run so your dogs don’t get confused. Just yesterday my younger baby reached out and pet my dog’s nose when he came up to sniff him. It was like he knew the dog was an animate object because he was gentle when he reached out instead of grabbing at him like a toy. Of course, I can’t know for sure he will still be gentle when he reaches the age of two but I hope the dogs are well adjusted and patient so we can all coexist.