The Miracle Cure for Barking Dogs 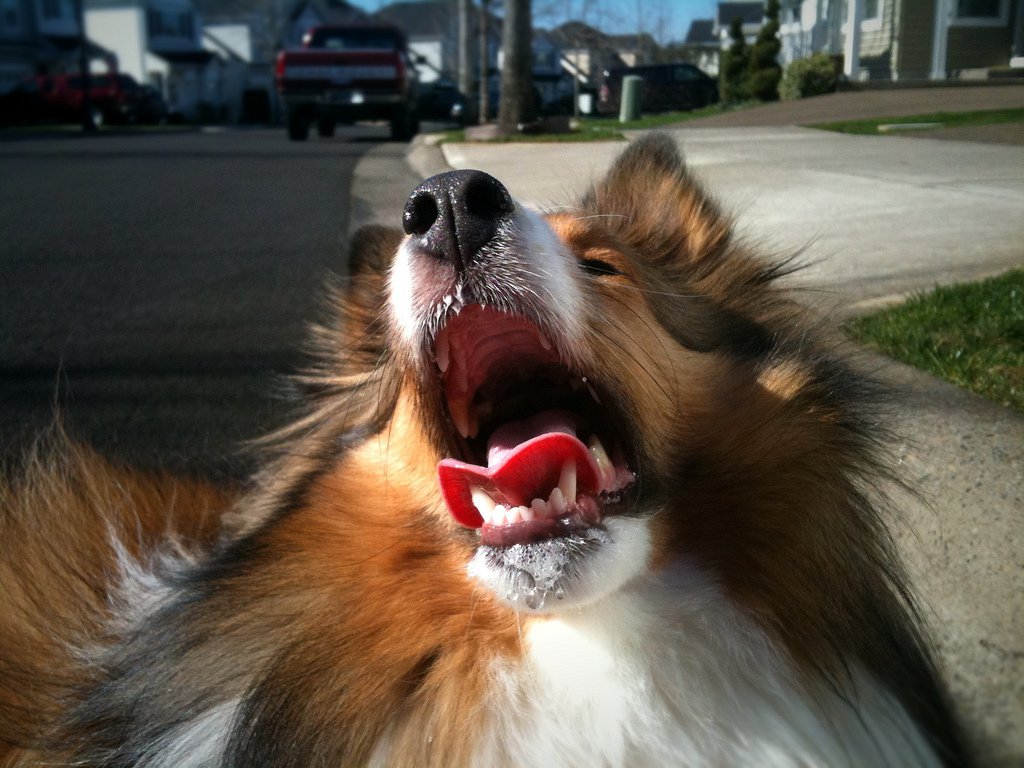 This Simple Method Can Keep Nuisance Barking Under Control!

As I like to say, I am owned by three dogs. Anybody who has dogs, knows people who have dogs, has ever seen a dog, or even is aware that dogs exist, knows that dogs like to bark. Some dogs naturally bark more than others, but I do believe I have three of the barkiest dogs on this planet. (Is barkiest even a word? If not, it is now, because that’s what I have).

All this barking dog noise becomes quite stressful. When my poor husband comes home from work, all the dogs come to greet him, and Twix (a beagle/sheltie cross) is the worst of all. Being part beagle, she is quite vocal by nature. She gets so excited whenever family comes home that she goes on a five-minute barking spree. She was trained by her previous owner, my daughter-in-law, to respond to a “quiet” command but it’s usually ineffective. She knows she’s supposed to shut up, but she just can’t control her excitement.

The other two dogs also understand the word “quiet” but they don’t listen either. Martha is an anxious dog by nature and has a big bark for a medium-size dog. When Twix barks, Martha barks too, even though she usually doesn’t even know why she is barking, except that Twix is barking. My oldest dog, Esther, is not as bad as the other two about barking and obeys the quiet command a little better than they do, but she still likes to put her two cents in.

So how did I manage to stop this incessant barking?

My eternal gratitude goes to Victoria Stillwell, the dog trainer who appears on “It’s Me Or the Dog” which is broadcast on the Animal Planet network. Using a variation of Ms. Stillwell’s technique, whenever my dogs begin to bark, I give them a command to be quiet. When they don’t cease and desist immediately, I clang two metal pot lids together. The noise startles them and distracts them from barking. When the are quiet, I praise them.

After only the first day of practicing this technique, it was amazing how much less my dogs chose to bark. On the second day of training, my husband came home from work and was amazed that the dogs didn’t bark at all. Considering how much Twix likes to bark, this is almost miraculous.

Now, less than a week later, my dogs have all learned to respect my “quiet” command, and although we still have a few barking incidents, our household is much quieter (as far as dogs are concerned. Maybe I should try this technique on the grandchildren). Of course, I can’t let up on the training, but I already have seen a remarkable improvement in all my dogs’ behavior, and I’m confident that this barking issue will become a thing of the past.

Consistency is the key.

Dogs will behave like dogs if their owners don’t take the time to teach them acceptable behavior. Too many unfortunate dogs end up in shelters simply because their owners did not make the effort to socialize their dogs properly, or were not consistent in their training, and they ended up with out-of-control dogs who made life difficult.

Dogs truly are man’s best friend. They are our companions and guardians, and live to please us. Before a dog is accepted into your family, be sure that you have adequate time to spend with the dog, teaching him good manners. Relegating your dog to a chain in the back yard is an effective way to ruin a good dog and make him territorial and vicious.

A well-socialized dog is fun to be around, and is welcome almost anywhere. I highly recommend that if you have a problem dog you spend some time watching Ms. Stillwell’s show, “It’s Me Or the Dog” on the Animal Planet network. It has encouraged me to give my dogs some “tough love” to curb their bad habits and make them more enjoyable companions.