5 Off Leash Dog Park Rules and Regulations to Always Follow 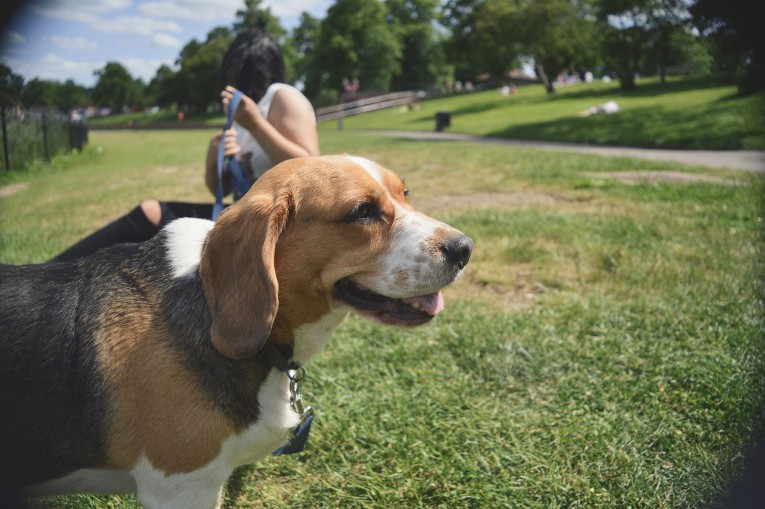 Taking your dog to the dog park is a great way to let your dog spend some of its energy and to get it to socialize with other dogs. Studies have proven that exposing your dog at a young age to other dogs and people will greatly benefit the dog later on in life. While your pup is enjoying themselves, it’s important to remember that there are other people and dogs there. When you go to the dog park, you follow some basic off leash dog park rules and regulations!

Dogs like to play rough. We all know that. What can look like rough-housing to us is merely a fun play time to them. Dogs typically know how far they can push the limit when playing with another dog.

However, sometimes they go a little too far and play time becomes fighting time. There are a few things that you can notice ahead of time, before it’s too late.

Pick up after your dog!

This should go without saying, but please pick up after your dog. No person likes to step in dog poop. It’s not a pleasant experience.

You also don’t want your dog rolling in poop, or vice versa.

Seriously, just pick up a bunch of poo bags and a poo bag holder from Amazon. It’s cheap and comes in handy whenever you’re out with your dog.

Keep your dog up to date on its shots!

If your dog is not up to date on their shots, do not bring them to a dog friendly park! Do not let them socialize with other dogs! They could be carrying bacteria, such as giardia, that can spread like wildfire, or fleas!

If your dog is not on Nexgard and Heartgard, or something comparable, please talk to your vet about their benefits ASAP!

Safety first, people! This should be a mandatory part of any off leash dog park rules and regulations!

Be able to control your dog!

If you have a hard time controlling your dog, it’s probably best not to bring them to an off leash dog park. Off leash dog park rules and regulations typically state that you need to be able to control your dog in the event that they play in an unwanted manner.

Commands such as ‘off’ and ‘come’ are essential. If your dog doesn’t listen when you speak, then you can’t control it. Simple as that.

Sometimes you’re not going to be able to physically intervene in a dog fight, or stop them from jumping on people, or humping another dog. Being able to use one of those commands to get them out of a sticky situation is very key.

When your dog is tired, it’s time to leave!

When dogs get tired, they can get aggressive. Dogs, like other animals, including humans, get cranky when they’re tired. When a dog is tired, they may become defensive when a hyper dog is trying to play with them. This can lead to dog fights and other unwanted behavior.

When you see your dog slowing down or spending an unusual time huddled around you, it’s probably best to leave the dog friendly park.

Dog friendly parks are great! I’d never be able to manage my dog’s energy without them. However, when you bring your dog to a dog friendly park, it’s best to follow these, and all, off leash dog park rules and regulations!

Hopefully you enjoyed this article! Here at Best Dog Crates and Beds, we strive to bring you the very best dog tips and tricks!