Should You Reward Your Dog for Misbehaving? 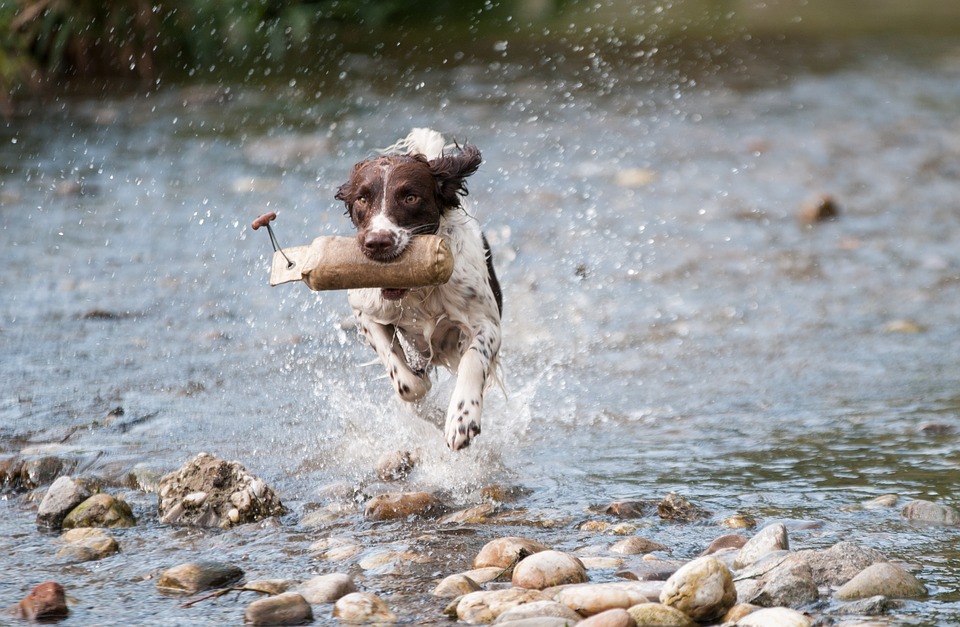 My Australian Cattle Dog, Tuggy, likes to lounge around. His preferred position is on his tummy, legs tucked beneath him, his head resting slightly on some sort of pillow. Whenever possible, the pillow is my wife Michele, or me. As soon as one of us lies down, Tuggy positions himself at a 90-degree angle and rests his throat and chin on the person’s neck and head. This may keep our ears warm but leaves much to be desire when we need to sleep.

If you wonder why we don’t put a stop to this odd way of resting, we have a simple reason – he’s so loving and cute when he assumes his position, we can’t bear to move him. Let’s face it: We secretly enjoy his loving nature. We rub his ears and talk to him while he tries to incubate our heads.

Those of you who have read a lot of dog books might assume Tug’s behavior results from ancestral wolf genes that create a need for him to dominate us. But he also rests his head on pillows, the sofa arms, folded or unfolded towels and clean clothing. Tug doesn’t lie with his head on us because he wants to rule the roost; he does it because it feels good. The key to his behavior is we reinforce it by rubbing his ears and talking to him.

A positive reinforcer is an action that feels good and strengthens a behavior. Like Tug being petted when he lays his head on our necks. When you present reinforcers to your dog, it will develop behaviors – whether you want it to or not.

For instance, the owner who accidentally drops food on the floor during dinner may inadvertently strengthen begging. In the kitchen, you can expect the dog to repeat behaviors that pay off, like sniffing the carpet, rubbing against your legs or nosing your hands. If you gently push your dog away when it begs, it may think jostling and pushing are part of the sequence leading to treats.

Surprisingly, this uncontrolled, inadvertent reinforcement is common in dog ownership. Most owners ignore good behavior and offer reinforcers in exchange for absolutely nothing.

For instance, many expect their dog to be polite when guests arrive, but they believe giving a dog a food reward/reinforcer for this good behavior is a bribe even though they likely give the dog a nightly biscuit at bedtime in exchange for nothing. They ignore the obvious opportunity to strengthen good behavior and waste a powerful reinforcer.

You can learn to control events affecting your dog’s behavior. For instance, many owners have difficulty with their dogs when guests arrive. As the owner opens the door, Bruiser leaps all over Aunt Martha. The dog isn’t being aggressive, merely overly friendly. As Aunt Martha shows her distress, the owner coos, “That’s OK, Bruiser. Be nice now,” while trying to keep Bruiser away from Auntie. This is like having a cop cheerfully ask mugger to stop an assault, then giving the mugger a back rub. To stop Bruiser’s overly friendly behavior, the owner needs to end the current reinforcers and drag out the heavy artillery: treats.

Usually, after Bruiser calms down, the guest remains in the house and may even pat the dog. Owners must redirect these reinforcers. Make sure pleasant consequences are tied to polite behavior.

To retrain Bruiser, owners must cut off the love and affection usually following a guest’s entry. Because Aunt Martha is available for service, ask her to step outside and ring the bell again. On the second repetition, Bruiser runs forward and begins his front door dance. Instead of automatically opening the door, the owner says “Sit” in a normal tone of voice and waves a treat in front of him.

Bruiser now has a problem. The treat is important, but so is the affection he anticipates. As long as his owner does not open the door, the treat will eventually win. Once Bruiser sits for the treat, the owner can command sit again, and start to open the door a bit.

If the dog breaks the sit, the owner quickly shuts the door and Aunt Martha stays outside. Over a series of repetitions, you can gradually overpower the leaping by using the treat to strengthen sitting, and Auntie can enter the house and sit down without a 90-pound Lab dancing around her.

Learning to control the reinforcers in your dog’s life is a challenge because it requires you to change your behavior in order change your dog’s behavior.

While my dog Tuggy’s lounging behavior occurred because my wife and I choose not to change our natural inclination to reward and pet him for it, he has many other behaviors that are the result of my carefully manipulated reinforcement. If you think your dog’s behavior is bad, you may have to examine your thinking about gratuitous reinforcement and let your dog sleep on it.