How to Tell If Your Dog is Psychic 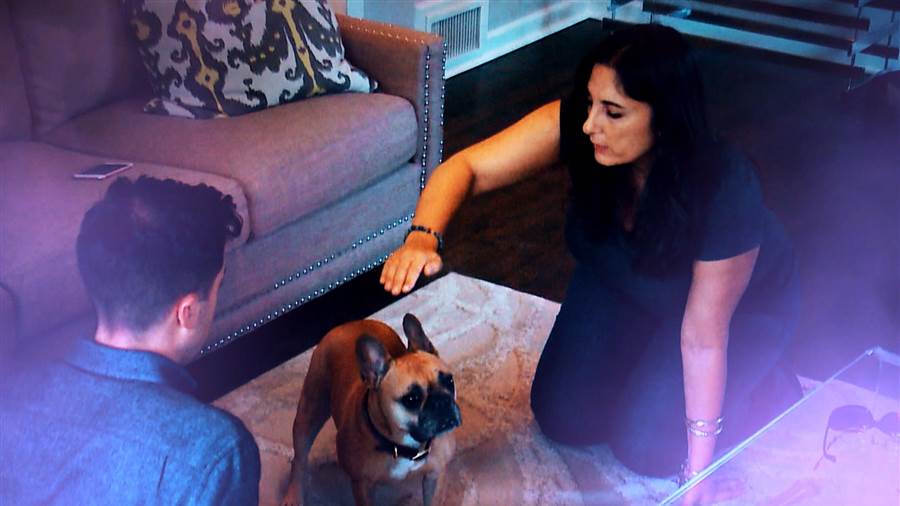 Dogs, cats, guinea pigs, snakes, even tarantulas – they all fill somebody’s idea of a pet. A pet, of course, is shorthand for a non-human being that takes up resources without working for a living. Kind of like husbands, for me.

The biggest question is, can pets be psychic?

There are claims that pets know when their owners are coming home from work. Dogs camp out by the front door, cats prowl and yowl at the window, and snakes… well, whatever it is that snakes do when they’re excited and anticipating something good. Newspapers recount the times when Snowflake the cat traveled fifty-bazillion miles to rejoin the family that sent her to the pound for euthanasia, and somehow the newspapers make this sound like a good thing.

In my opinion, none of this makes a pet psychic.

However, I still maintain that pets are, indeed, in possession of psychic abilities, not to mention abilities to suspend time and space when it suits them.

Pets invariably scamper to beds or sofas ahead of their owners, whether or not said owner made any real plans to stretch out and sleep. Owner person will think lovingly and suddenly of a soft cushion under his or her spine, the pillow that’s waiting to caress the head, and then the door’s opened and reality reaches out with its four-pawed grip and shakes one out of self delusion.

Fido, a twelve-pound corgi, has managed to stretch his stubby limbs to claim fully three-quarters of a queen sized bed. Or the whole length of the sofa. Fluffy the cat has her claws around that pillow and she’s not in a sharing mood. And woe to anyone who dares to try and remove their pets, because pets will defy all the laws of physics and stretch himself or herself even further, Fluffy will cling with even more determination. Forcibly removing pets will use up vast quantities of Neosporin, and a pillow will never be the same once duct-taped back together.

In short, your pets have got your things and they’re not letting go. Psychic or supernatural, call it what you will. Pets are superior and they know it.

Example #2 – Pets in the cupboard

Pets’ psychic abilities with regard to food are legendary. Spot the dog can be three blocks away, plundering the Morrisons’ garbage, but open a can of dog food and he is standing under your feet by the time the can is fully open. This is true whether the can opener is electric or hand-operated.

Kitty Creampuff is more persnickety and the average owner feels guilty when Creampuff sticks up her nose and walks away. But the only way Creampuff can properly turn up her feline nose is if she has made a bee-line for the bowl to begin with, exhibiting those psychic tendencies in her timing. And once the owner has assuaged that sense of guilt by offering up other tempting morsels, from a can of tuna to the owner’s own dinner, Creampuff the feline pet will go back and lick clean the bowl with the cat food first opened. Meanwhile, the tuna and other goodies are left to languish on the countertop.

Pets are play-ahs, and don’t you forget it.

Is there ANY pet owner who’s not undergone the vanished-pet syndrome when there’s a trip to the vet in the offing? Pets can disappear a day or two in advance of the appointment, not reappearing until there’s been a massive search and ultimately a postponement of the appointment.

A similar behavior may be exhibited before trips to the groomers or any other undesireable destination. While not a truly psychic activity, the ability to render one’s self invisible certainly qualifies as paranormal.

The opposite is true if the destination is the local drive through or just a peaceful ride in the country. At that point, locking the pet in the house will not prevent a dog, in particular, from being in the driver’s seat when the car’s unlocked. The phenomenon is known among pet owners as the McDonalds Maneuver and incorporates a combination of psychic foreknowledge and the ability to employ psychokinetic energy and ermerge inside a locked vehicle.

These are just a few examples of how pets exhibit psychic tendencies when it suits them. The final is a still-unproven ability to snicker behind their paws that humans still fall for it.