Training Your Dog to Fetch a Ball: Playing Catch Can Be Fun 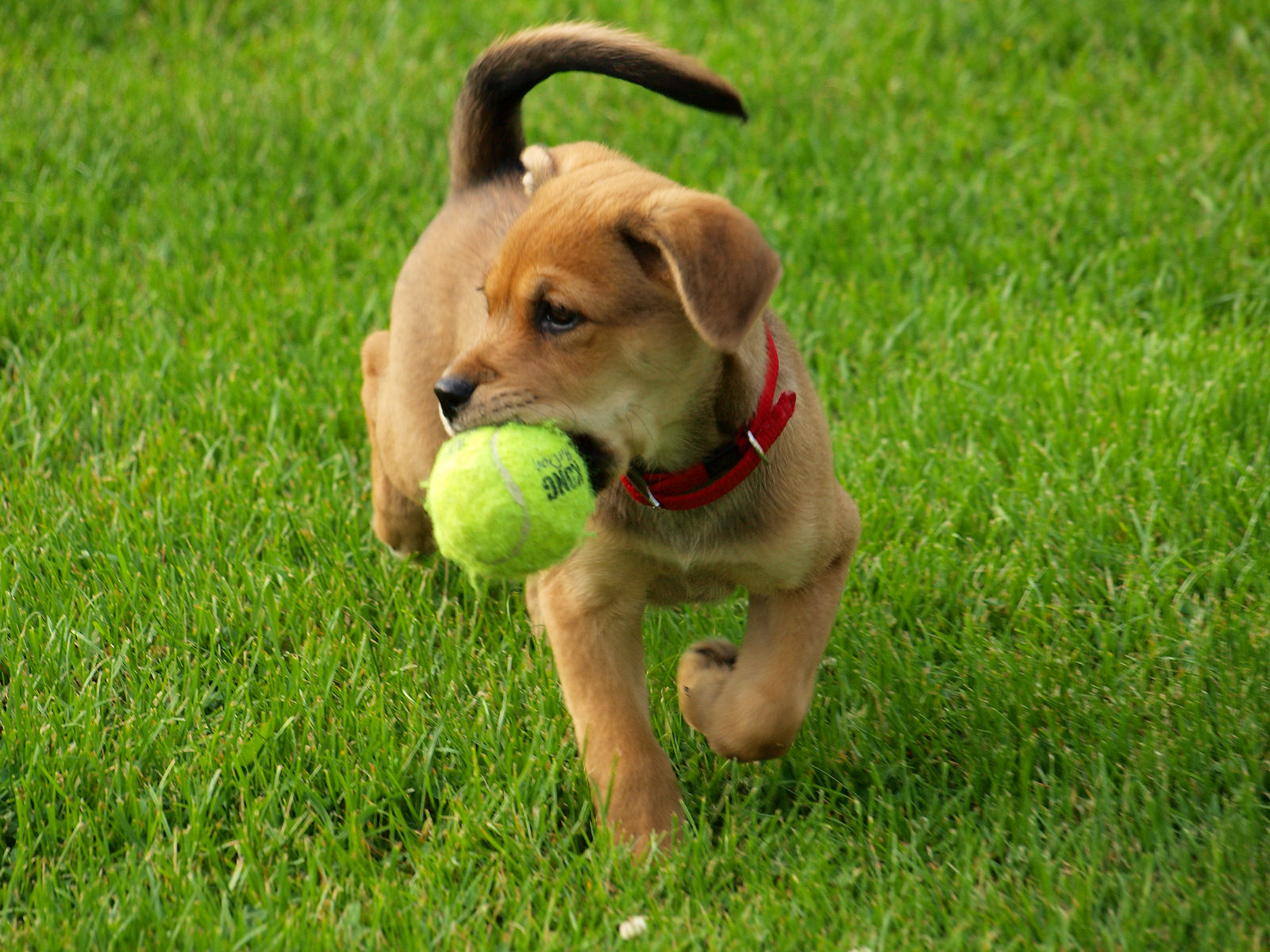 With a dog that loves a ball, it can be challenge to get him to hand over his treasured toy. You can, however, teach a dog to love bringing you a ball. There is one thing that dogs love more than chewy toys: Food!

Growing up my parents bought a well trained show dog who had become too tall for his breed. His name was Jackson and he loved to run after balls and run them back anticipating your next throw. I always loved that. Years later after he had died my parents had a new dog. She didn’t chase anything, except chickens and cats. We were very pleased to get one of her pups. He is a mix of Great Pyrenees and Lab. I thought it would be great to throw a ball to him and watch him run back to hand it to me. To my surprise the first time I threw it he ran after it just like Jackson.

The sad thing was that he took the ball into his house and chewed on it. When I reached in to get it from him he ran the other way. I promptly searched through the training papers given to us by Jackson’s owner. Nothing. After searching on the net I found one way that might just work.

Here is what we did

First I retrieved my ball and put it away. The first agenda was to get Ray, that’s his name. To come when he was called. With a pocket full of treats I stood about a foot away and said, “Come” He ran to me and to his surprise I offered him a treat and told him, “Great boy.” He was pleased and was willing to do this again. We only worked with him for a few minutes a day. This seems to be recommended in every training book that I’ve read, for child or pet. As the days went on we increased the distance for him to come.

Soon Ray was coming from across the yard. This was great. The next thing to do was to throw the ball.

The first day I threw the ball he ran after it like it was his only meal in weeks. When I called him he ran toward me. I was ecstatic. He bounce right up to me and sat down at my instruction.

Offer a treat in front of his nose. He has to drop the ball to get the treat.

Sitting was one trick that he knew since he was a young pup. I held the treat in front of his nose and told him, “Hand it to me.” He tried to find a way to hold onto the ball and eat the treat. After a few seconds he dropped the ball and took the treat. I grabbed the ball telling him that he was a great boy.

He swallowed the treat and searched for his ball. I held it up for him to see and threw it again. He ran ecstatic to get his ball back. “Ray, come.” He came bumbling back. This time though he knew that I was going to take the ball and so put it down and came for the treat. Instead of staying were I was I moved to wear the ball was. Ray saw that I was heading for the ball and ran to pick it up. I let him. I told him to sit. He sat and I offered him the treat again in front of his nose. It worked. I said, “Hand it to me” as I caught the ball. “Great boy, great boy!” He did so well. We did this several more times with him trying to keep the ball from me. I repeated the same steps. It worked again and again.

The next day he only tried to hide the ball once. It was a turning point. From then on he brought the ball right to me.

Now that he was consistently bringing the ball back I started just saying, “Hand it to me.” He did. I told him, “Great boy!” and petted him like crazy. For the next few throws I switch back and forth between giving a treat and a verbal reward.

By the 4th day the only reward was verbal. He was doing great. I was so excited that I handed the ball over to my son. Ray refused to bring the ball to him. This was our next step. It only took one day to get Ray to respond well to my son.