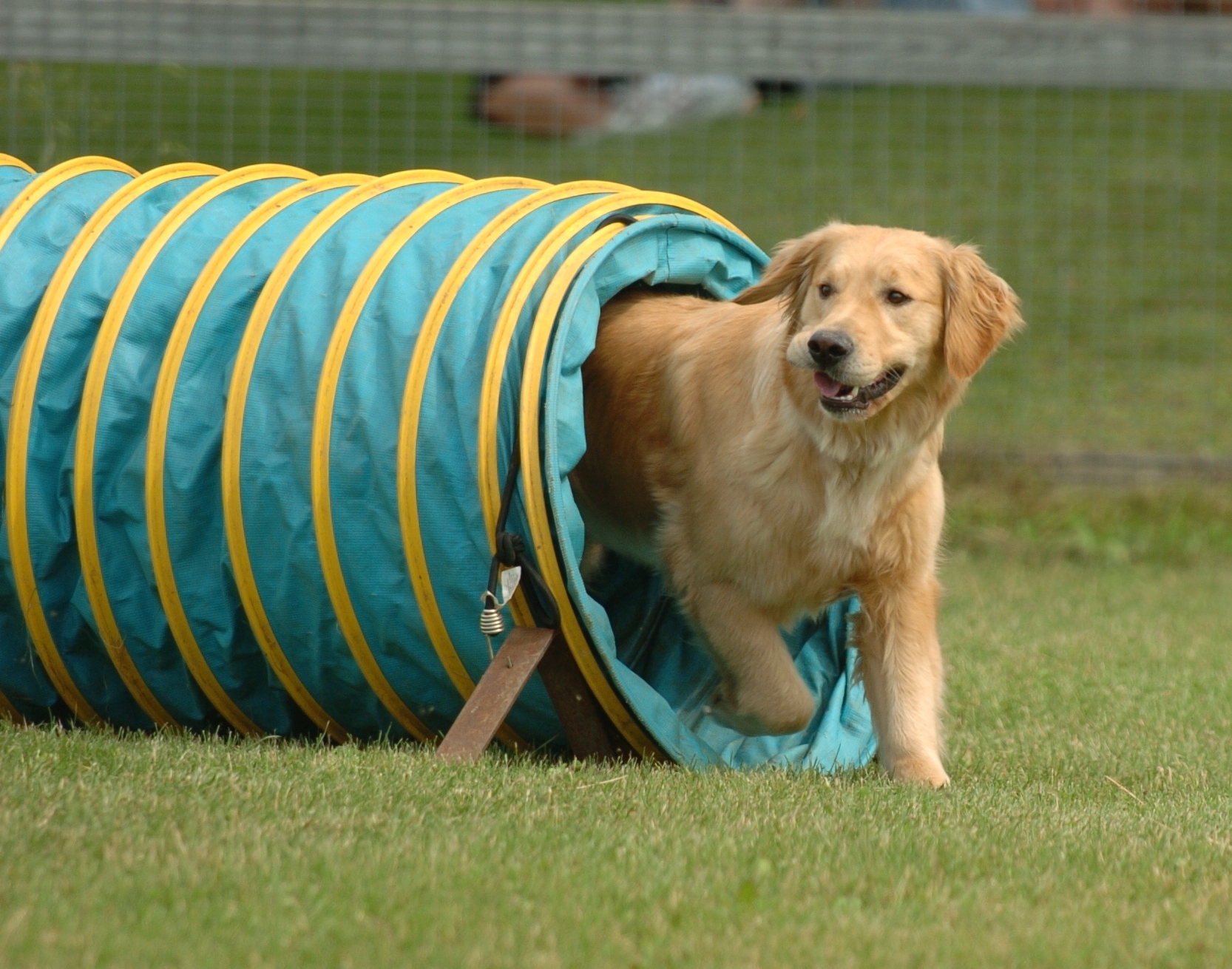 Ginny is an adolescent Golden Retriever. She is very sweet and submissive, but does not respond to normal training methods. As one should always approach the training of a dog using positive reinforcement and operant conditioning techniques, not all dogs respond to this. Ginny is one of these individuals.

Most Golden Retrievers are intelligent and easy to train. After a couple repetitions they have a good idea of how to offer the appropriate response. They have a great ability to remember visual and verbal cues when taught using positive methods and will often shut down if forced into a response via a negative or painful method. There are some who remain upbeat no matter what is being done to them which says a lot about the breed.

This particular Golden Retriever is slow to learn, but not mentally deficient. I merely had to approach her training in a different manner – through shaping. Shaping is a great means of teaching an animal that really doesn’t care about teamwork. This method is often used with wild animals who do not wish close human contact, or with whom this contact would prove too dangerous, such as when working with Polar Bears or Alligators. Ginny loves contact with people if she’s receiving petting and food, but did not wish to work together…at the beginning.

Ginny’s attention span was very short and she did not care about earning rewards of any kind as she had never had to work for them in the past. She self-rewarded by engaging in annoying behaviors such as jumping up. racing through doorways, investigating anything and everything or dragging her human companions down the sidewalk at top speed. Ginny is not stupid, just inventive.

There are many dogs out there who are in the same situation. Traditional training methods, whether through positive reinforcement or coercion, just don’t work. The trainer must observe and utilize the dog’s strengths and desires to devise a training method. In this case, being allowed to go through a door, or receive attention. Ginny had to earn these things by performing what I requested starting with small increments. Within a week I had reached several goals set by her human companions – sit/.stay at doors, moving through doors nicely, down on command and walking on a loose leash.

Here’s how I did it:

We began with working on the door etiquette. Each time I took her to the door I threw freeze-dried chicken liver in the opposite direction. The rewards had to be of really high value to work as she had always received lots of free cookies in the past. Once Ginny realized that doggy candy was available at the door she started to hesitate each time she placed her nose near the knob.

Next I began teaching her how to sit. Most of the time I had to place her into position as the food lure and shaping had no effect on her. As I placed her gently I said, “Ginny, Sit.” in a pleasant tone of voice. As she is very sensitive I cannot use a harsh tone with her or she would collapse onto the floor in submission. When she started targeting on the freeze-dried chicken lure she began to sit on her own.

Each time I cracked open the door, I threw some treats in the opposite direction. After five or six repetitions, Ginny began to look for the treats each time the door opened a little. I had to repeat this for 3 days before we could go to the next step of opening the door further. Ginny did not have the ability to remember her exercises from the previous days so I often had to start at the beginning at each training session.

By day 5 Ginny was able to perform a sit/stay in front of the door as it opened the entire way. I still threw the treats toward the inside, but by day 6 I was able to give them to her as she remained in the sit/stay at the fully open door. This transferred to her ability to recall the exercises from the previous training sessions and to perform sit/stays in other situations.

This process allowed Ginny to open up her mind; or as I would term it, finally put on her thinking cap.

There are many dogs out there who frustrate their human companions due to their “different” thought processes. They require a more inventive training approach; one that is outside the box of normal training techniques.

One must merely observe how they reward themselves in order to apply the training techniques in a manner the dog understands, thereby opening up the communication process between dog and human.