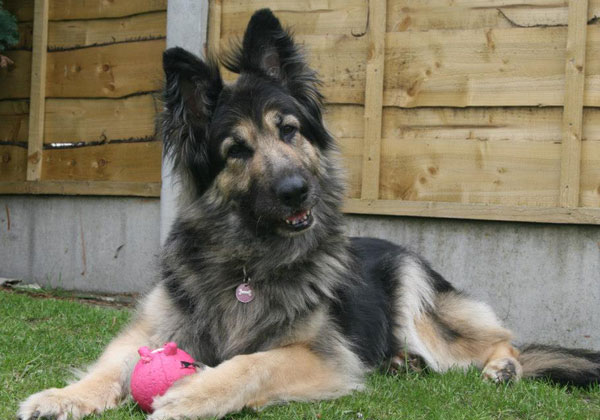 Should You ALWAYS Listen to the Trainer?

After my wife and I had bought our first female German Shepard, we were invited by our breeder to join the training classes held every weekend at a local fair ground. After our dog had settled down a bit after about seven or eight months old, we started taking her to the classes.

It was about a two and a half hour drive from our home, so we decided to just work on the basics of walking, sitting, and laying down. At the request of our breeder, we bought a pinch collar, and were told to only use it when training, and that it wasn’t to be worn all the time.

Walking was a bit challenging at first, as the trainer was not only training me, but also the dog. We were told that the dog doesn’t like to be nagged at, so the more we nag in correcting something, the quicker the dog will learn.

While walking, I was told to keep a short leash to keep the dog’s front shoulders at my left side. Whenever the dog would walk too far ahead putting tension on the leash and pulling the walker, I was told to give a quick pop of the leash and say “Foos”. German for “heal”.

The important thing was to stay consistent and not allow a tight leash to go uncorrected. Every time I changed my walking speed, I would say the word “foos” telling the dog that, hey, I’m changing speed so stay with me.

When I stopped, the dog was to sit immediately facing forward. To teach this, if the dog didn’t sit immediately, a firm pulling up on the leash and a pulling down on the rear end will force the dog to sit.

Praise the dog when he/she sits down.

His reasoning was that if the dog ever got out of my control and took off after a cat or another animal, the idea was to yell out “Plotz” and the dog should lay down where he/she was at.

The dog can’t see you running away, but can still hear you.

When training the Shepard to “come”, I started with a short leash, eventually working up to a longer one. After the dog was used to sitting, I would extend out the leash and walk in circles around the dog.

Never let go of the leash! When I got back in front of the dog, I would say, “Heeyah”. She would start coming to me, at the same time pulling in the leash forcing her to come right to me. If she did, I would reward her. The dog should not be allowed to run past you. If he/she does, correct that.

The thing you need to remember while you’re training your dog is to make it a fun experience for both of you. Keep training time short. At first, maybe 5-10 minutes long, then maybe 15 to 20 minutes, but no more.

When training is done, take off the training collar and make the next 15 minutes play time. Get the dog’s favorite toy. A ball works great. Be patient, but you have to work with your dog every day.

After our first Shepard turned two years old, we bred her with one of our breeders males. She had nine puppies the first time around. Two were still born, and two died within a day or two.

Left with five puppies, we kept one of the females in that litter so that momma would have a buddy, and to breed her later on too. One of the things our trainer told us was to never let a dog off the leash until trained.

While I agree with that to some degree, I didn’t want to go through with the second dog the same thing I did with the first. Whenever momma would get off her leash somehow, or sneak behind someone going out the front door, she would take off on us and run the neighborhood.

I would have to coax her back with promising a car ride. As soon as I’d open up the car door, she’d come back and jump right in. Don’t NOT take your dog for a ride. Eventually they’ll catch on, knowing that you’re full of you know what.

With the second dog, I would let her run outside and go everywhere I went when she was a small puppy. When she would get too far of course, I’d scold her.

Now, even though the wife is deathly scared of letting her run loose, I will let her out and barrel around, but I would never let her be out there alone.

Not while living in town anyway. The second is a little easier to begin with anyway. If you know anything about wolf packs, dogs act much the same way. There are Alphas, Betas, and the like.

Our second Shepard is the Beta, and I like to call her the pack (all of us being the pack) jester. She NEVER growls or nips, but rather is always doing anything she can to please. She knows when we’re in a slump, she get your attention in one way or another.

When it’s time to go to bed, she’s right up your butt to get up on the bed with us. She thinks she’s an 80 pound lap dog.

When I say, “Come-on Abby”, she shoves her nose right under my arm or chest and cuddles right up. It’s not that she’s been trained that way, but rather that from the time she was born, someone was ALWAYS holding her.

Growing up, she was always on someone’s lap. I firmly believe that that’s what started her behavior.

If you don’t have a bunch of cattle around, or second best, a flock of ducks to herd up, you need to walk them every chance you get. It seems that we have gotten so much busier than when we first got them, and my new job as a pilot puts me 2000 miles away from home 90% of the time.

My wife tries to walk them, but it’s never enough. especially with only one person around. My wife has a hard time controlling both of the 75lbs plus dogs at the same time. Even with pinch collars on. When they get outside, they want to go gogo.

My wife told me about a muzzle style walking collar for dogs that she had recently heard about. We drove to the local PetCo and bought just one to try out. For people like us on a limited budget, we weren’t going to spend the money on two of the collars to find out that they just don’t work. Anyway, when we got home, I fitted the collar on the youngest, more hyper dog.

She didn’t quite like the strap over her nose, but she’ll get used to it. I took her outside and started walking. Immediately, I noticed that there was no pulling on the leash. I walked down to the end of the street, turned around and RAN back to the house. I was so happy with the collar, that I told my wife to buy a second one right away.

I took off the leash and tried it on the older dog with the same results. Both of them stayed right at my side, and never pulled once. I highly recommend anyone to buy a muzzle style collar, as YOU are walking the dog, NOT the dog walking YOU.

It really does make a walk a more enjoyable experience for everyone, and not such a hassle.

I’m sure my trainer wouldn’t advise it for training, nor would I. However, after your dog gets the concept of heal and sitting when you stop, I think it would be a perfect tool to use.