What Do You Do when a Dog Finds You? 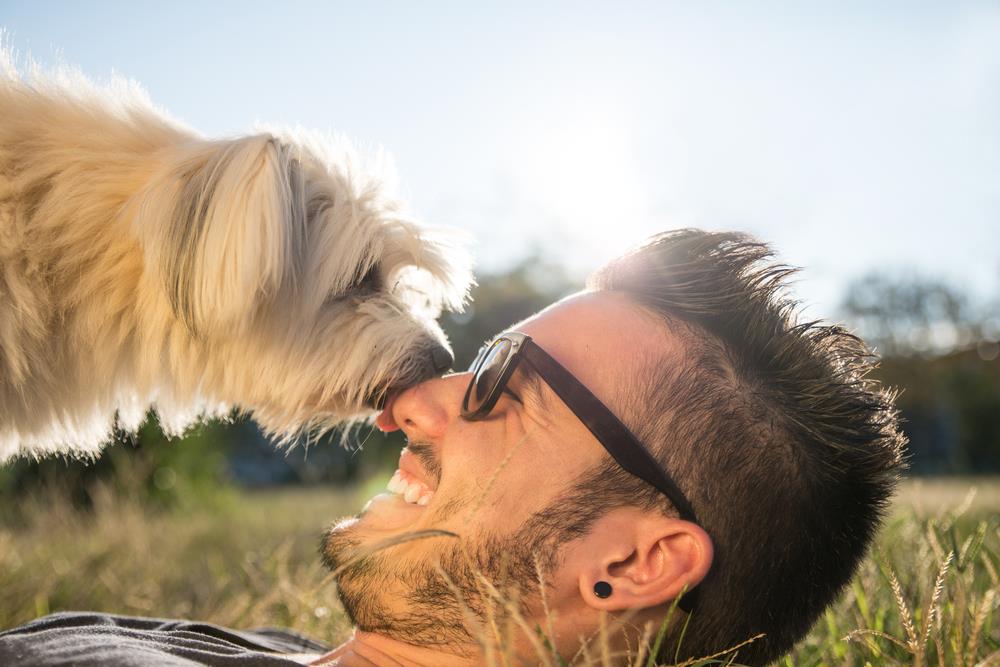 I was in the bedroom changing out of my Sunday-go-to-meeting clothes when my dogs started barking, running around, and acting like the house was on fire. I couldn’t very well go to the door or even look out the windows until I was decent. They all ran to the breezeway door; this is an atrium-like place between my garage and TV room, and leads out to the patio.

When I went to the door, I couldn’t see anything. I contemplated opening the door for a minute or two, but all the dogs insisted I do so. So I decided to open the door that goes outside. It was cold, rainy, and windy, but other than that, it was a great November day.

In ran a small dog; she didn’t even slow down when she bounded through the back door. She ran straight from it (if you had seen my other dogs, you wouldn’t have slowed down either), through the breezeway/TV door, and got under a lamp table. She was so fast I couldn’t even tell what kind of dog it was–it could have been a cat for all I knew at the time. I closed the back door and followed the other dogs inside.

They were all standing around looking at her under the table. She was shivering, ears flat against her head, tail between her legs, and looking like she was about to be eaten. I made the other dogs move back, and that took some doing. I better explain about my other dogs.

Katy was the matriarch of my canine family. She was a Golden Retriever, and she was such a sweet dog and loving companion. Katy was closest to the newcomer, so she nonchalantly strolled over and kissed or licked (whichever one you like) the little one on the head. (Katy died in July of 2008 but will remain in my heart forever.) Brunhilde was next in line to check the stranger out.

Hilde (for short) is a Great Dane. She is black with white on her chest and weighs 165 pounds. I imagine she looked pretty ominous to a small, scared, wet, and shivering puppy. At any rate, Hilde went over to her, sniffed her for about 45 seconds, promptly lost interest, and went to bed. The next in line is Wooly Booly.

Wooly (partly St. Bernard, partly a lot of other breeds) is another story; I found him in the road one day while driving home from work. He went over to this little and sad creation, growled (which is what he does), and retreated a safe distance away where he could watch was going on. Next comes Kasha.

Kasha is a German Shepherd. She sniffed a few times and then retreated to the couch where she could also watch what was going on. No barking–just a little curious. I managed to finally get to the Sunday afternoon surprise.

I sat down on the floor and reached out my hand to pet this frightened baby, and she ran right into my lap. I think if I had seen all those big dogs looking at me like I could be lunch, I’d be frightened, too. I tried to get up so I could get a towel and dry her off, but she would have none of that. So, I sat there and dried her off with my housecoat, all the time talking to her. I was able to get a full glimpse of her when she quit shivering.

She turned out to be a beautiful, spotted black and white, and very young puppy. At first I thought she had blue fur, but it was just the black and white intermingled. I picked her up and took her down to where my husband was in the computer room. He looked at her, then at me, then at the other dogs, and said, “I guess we have another one.” I told him we certainly did. He just smiled as he always does when we get a newcomer to our family.

We named her Bandit Queen because of her unique spotted pattern. She is such a joy, although some of the human members of my family don’t like her or seem to understand why I do. At any rate, I took her to the vet the next afternoon after work and got BQ started on her shots, worm pills, and all the other things a person should do when they get a pet. Dr. Eitelman told me she was a Bluetick Coonhound about six weeks old.

When I think of all the things that happen, and we don’t know why, I always think of Bandit Queen. She must been a gift from God just for me because she is the only one that kept me from completely despairing when Katy died.

So, if one of God’s small creatures shows up at your house one day and wants to stay, you keep it, love it, and care for it, because it didn’t happen without a reason.