What to Do with Your Dog’s Poo 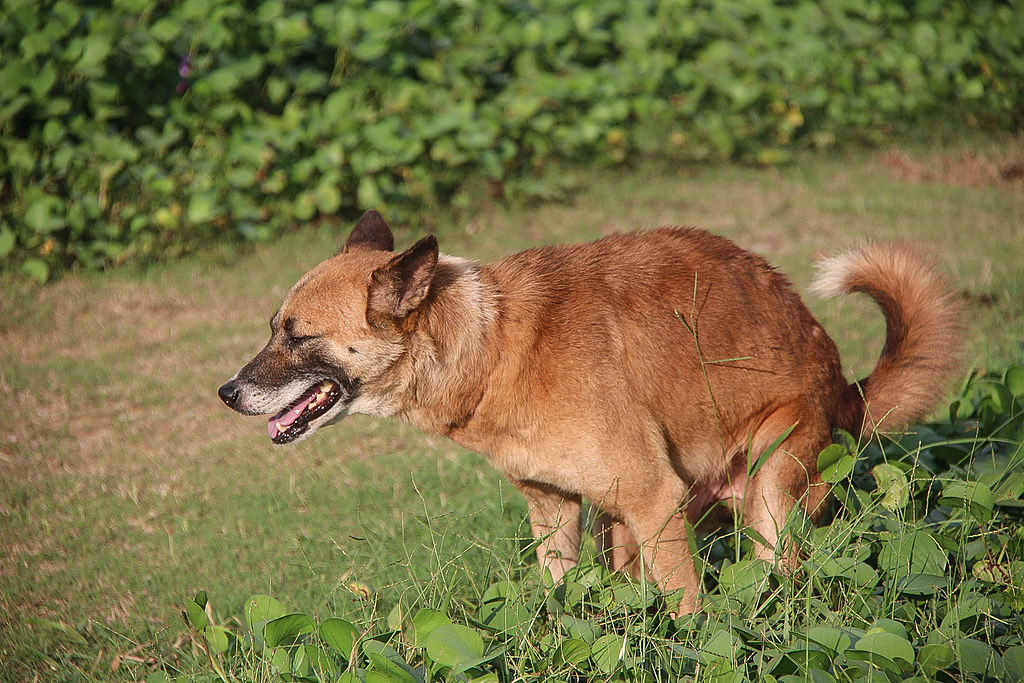 For those of us that own dogs, having their companionship in our lives can be as important as having children. Indeed, for many of us, myself and my wife included, our dogs may represent the closest thing to a child we may ever have (though this may one day be subject to some reevaluation). In exchange for the joy they bring, we bath them, we feed them, we care for them, and we clean up after them. All the things one would expect to do when parenting children.

This last task, the clean-up part, has become somewhat of a “pet-peeve” concern of mine of late (sorry for the pun). You see my wife and I have two dogs… two large dogs. One is a nearly 9 year old adopted boxer who might of, in his past life, been a singer of some renown (he likes to howl, in tune, whenever he hears music) . The other, more recently acquired, is a 5 year old Golden Retriever we inherited from friends.

Everyday, neither snow nor rain nor heat nor gloom of night, both of our furry friends invariably get their morning and evening walks, bags in tow. We live in a small town where, rightfully so, it is unlawful to not clean up after your pet. I wasn’t always so quick to carry that bag in my boxer’s younger years and I sometimes wonder if the likeness of a boxer on the dog clean up signs posted throughout the city had something to do with my earlier lack of conviction on the matter. Whatever the case, I have been thoroughly brought into line on the subject; if not by the law, then by my conscientious wife.

Yet, as much as I understand the necessity of clean up, I was bothered by the fact that pitching such waste into our city’s garbage bins represents a remarkably un-environmental gesture. Where does it all go? How does it contribute to waste problems already facing our community landfills, overflowing with all sorts of organic and inorganic mater. Given my intuition, I decided to do some research. Sure enough, it’s a problem. According to an article published in 2006 in the San Francisco Chronicle, it is estimated that our dogs (and cats) produce about 10 million tons of waste per year, and it’s going a whole lot of places– many of which present a health hazard, given the amount of pathogens present in pet poo. What’s more, when pet poo is placed in plastic bags and sent to the landfill, it doesn’t completely decompose because of the lack of air. Accumulate enough poo over enough years and one can see where this might pose a problem. Not to mention what happens to poo at the bottom of a garbage can on a hot summer day. Gather enough of it, and methane gases build up to the point where it can actually shower unsuspecting garbage workers.

So what does one do with all that poo, you ask? In a word, compost. Now for those of you who think I mean sticking it in with one’s regular household compost heap in the backyard… NO! As mentioned above, pet poo is full of pathogens, on average more than human waste, in fact. Hence, aging it in the backyard compost heap and then sticking it on your garden is probably not the best thing to do. That doesn’t mean it can’t be composted in other ways.

Now there are a number of contraptions to be found on the Internet that will compost your animal’s waste, but these can be relatively expensive for a job that really isn’t all that complicated. All you really need is an old plastic garbage bin, a drill, some gravel, maybe a little lime or septic starter, a good shovel and, of course, a yard. What you want to do is locate a place in your yard that is neither too rocky and difficult to dig in, nor too close to your garden (see above). Take your plastic garbage bin (20 gallons will do for one medium size dog) and from its height you can determine that this is how deep you need to dig. Next, you need to cut a nice round hole in the bottom of the can (almost as wide as the diameter). After this, take your drill (1/4 inch bit will do) and drill multiple holes sporadically throughout the can’s sides. At this point, if your hole has been excavated, go ahead and insert the can. The rim should just barely protrude from the top of the hole. Shovel in a couple of scoops of gravel for drainage and, voila, you have your dog poo composter!

Not bad for a $10 plastic garbage bin. Now as you empty your pet poo into the bin, overtime it will decompose just as any other organic waste would. Worms will go to work, as well as a variety of other microorganisms. In the beginning you can add septic tank starter, but, if you don’t have a particularly large amount of waste going into it, this isn’t entirely necessary. Lime will also aid in decomposition (adding just a little from time to time). You also want to add dry matter, such as newspaper, straw, yard waste, or sawdust periodically. During drier periods, a small amount of water might be added, but not too much (you don’t want it to putrefy).

After you have your compost bin in place, you might want to conceal it with flowers or some other obscurement method (be creative). Make sure you keep the lid on, and keep it out of an area that might be prone to heavy foot traffic. Wouldn’t want to accidentally make a wrong step in the middle of the night. Finally, you can breathe easy (sorry) knowing that your dog or cat’s poo is neither being preserved for future generations, nor laying around the yard with a smug sense of impunity.